Happy fleet: could electric vehicles enhance the joy of driving?

Happy fleet: could electric vehicles enhance the joy of driving?

For companies that rely on fleet vehicles, change is inevitable. A raft of green policies have introduced zero-emissions targets, along with financial incentives encouraging businesses to adopt cleaner cars and vans, such as no vehicle tax for electric company cars in 2020/21.

However, as well as helping the planet and improving a company’s bottom line, the “greening” of vehicle fleets by going fully electric could bring additional benefits. A recent widely reported study found that jumping behind the wheel of an electric car – rather than a traditional petrol or diesel – could also make drivers happier, calmer and less stressed too.

Those findings are backed up by Audi’s own research, which found that electric vehicle drivers typically get more pleasure from the experience. According to a combination of 1,350 surveys and 2,000 minutes of interviews, the benefits include a reduction in vibration and engine noise, which can leave drivers feeling less drained after spending time in traffic. EV drivers also reported being able to perform difficult manoeuvres much more easily, and a greater sense of control. Others felt more at one with the vehicle as a result of all the technology. As one respondent put it: “It’s part of me when I drive. It has so much tech involved in it.” 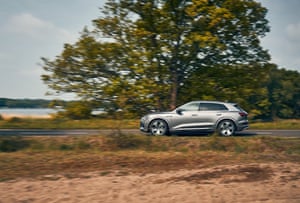 That Audi research is now being put to the test as part of a forward-thinking pilot partnership with the Addison Lee Group’s business class car service, Tristar.

Addison Lee Group has added five new luxury e-tron SUVs, Audi’s first fully electric cars, with a range of up to 237 miles, to its premium London lineup. The aim is to offer chauffeurs, customers, and both businesses a unique opportunity to understand the real-world performance, opportunities and challenges of going fully electric to achieve a zero-emissions future.

The Addison Lee Group chauffeurs underwent simple training with Audi’s electric vehicle specialists before going out to work as usual, driving premium customers around the capital.

The ongoing trial enables Addison Lee Group and Audi to see how the cars perform in a real-world, business-critical situation – where running out of battery is not an option. That includes collecting hard data on mileage and usage from the car’s telemetrics, along with the driver’s subjective feedback on the challenges of adopting electric in real-world conditions, including things such as the availability of charging. 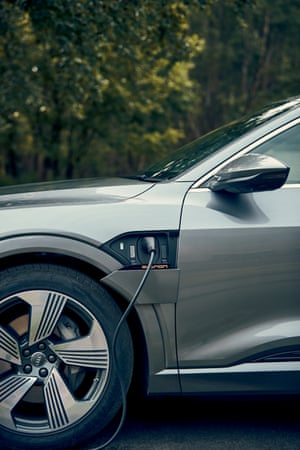 The proof, though, is in the driving. So what did Addison Lee Group’s trialists make of the experience behind the wheel?

“From the beginning I said that I was going to drive it the same way I would a diesel car and that’s what I’ve done,” says Alan Meere, a platinum chauffeur for Tristar. “I feel more relaxed when I get home because I haven’t spent the day fighting the steering wheel. There’s also no droning constantly in your ear like you can get with diesel cars, and you notice that especially after a motorway run. You still get the noise of the tyres but even that’s quieter.”

According to Meere, who lives in Sittingbourne, Kent and has been driving for the Addison Lee Group for nine years, any potential anxiety about range soon subsided.

“When I came into the pilot, my main reservations were things like whether there would be enough chargers,” he says. “Also, would living so far from London make a difference? But once you realise how good the car is, and you start to understand how to fit charging into your daily routine, that all goes away. Many service stations now have these chargers.”

The e-tron’s battery helps. It can recharge from 20% to 80% within 30 minutes and 100% within 50 minutes, depending on the output of the charging station. Two chauffeurs who lived outside London opted to have 7Kw home charging stations installed to ensure the car was always ready for a new day.

“Being able to plug it in and leave it overnight is hugely convenient,” says Meere. “But if I’m not home long enough for work reasons, then there are also options close by where I can charge it quickly, ready for the next day.”

According to figures from Zap Map, a listing app that helps you find your nearest charge points, there are more than 10,000 charging locations in the UK. Finding nearby charge isn’t dissimilar to seeking out your closest petrol station – you learn the locations of the points you use most often.

“I’ve developed a map in my head of where I can charge,” says Meere. “If I need a speedy charge, there are three places I use regularly – one at Heathrow and two near where I live. On the 150Kw points I can get close to full in 40 minutes,” he adds.

This partnership has been so successful that it’s been extended beyond the initial six months. “I believe our collaboration with Addison Lee Group has been invaluable as a means of further demystifying the concept of the fully electric Audi,” says Andrew Doyle, director of Audi UK.

Understated beauty: ‘Great brands have one big idea that chimes with people’ 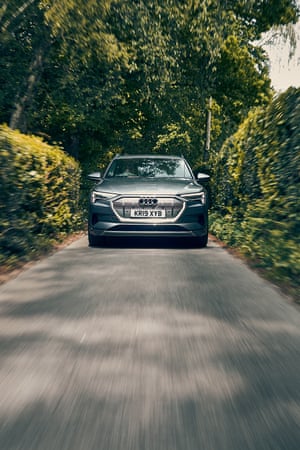 “Although the e-tron is revolutionary as far as our brand is concerned, this project has helped to emphasise its uncomplicated, user-friendly normality to everyone who travels in one. On the one hand, it has proved that it requires minimal compromise as a daily-use proposition by meeting the understandably rigorous demands of Addison Lee Group’s professional drivers in an undeniably challenging working environment. On the other, it has driven home the fact that in terms of comfort, configuration and general usability, the car is a home-from-home for anyone familiar with a contemporary Audi.”

Paul McCabe, corporate director at Addison Lee Group, says the pilot has helped to inform the group’s decisions about the fleet choices it will make as it works towards its target of having a fleet capable of zero emissions by 2022. “By generating data-driven insights, the e-tron pilot has allowed us to evaluate the real-world performance and requirements of electric vehicles in our fleet of the future,” he says.

Although big change is coming, much will stay the same, and that’s a comfort for those who will experience the revolution first hand.

“It’s still a car and you still just drive it the same way,” says Meere, “but it’s just more pleasant to drive. If I had the choice, I’d stay with the electric vehicle now.”